Hurricane seems to follow hurricane in the Bahamas and earthquakes rattle Mexico, but there are still those who seem to deny the existence of climate change. But not Tracey Rawling Church. A sustainability trailblazer and a successful business-woman, she is possibly one of the most pragmatic people you’ll ever meet. Modest and vivacious and exuding calm confidence, the more you probe, the more you discover her passion and commitment to the environment.

Tracey joined Kyocera, a Japanese Document Solution firm, almost thirty years ago. She worked her way up to PR manager, and was responsible, for instance, for the campaign that beat the launch of Windows 95 to the PR Week award for best technology campaign. In 2003, she moved on through product management and marketing communications, and was appointed marketing director in 2003 and Director of Brand and Reputation in 2010. She is a regular contributor to seminars and conferences on sustainability and CSR topics and an enthusiastic advocate of the circular economy. She is a 10:10 Pioneer, a member of the Reading Climate Change Partnership (of which she sits on the board) and a trustee of Connect Reading. She is now working as a freelance advisor.

For most people, when they think of the corporate world, of commercial printers and PR, they picture the huge amount of associated waste and of the harm it does to the environment – certainly not of corporate responsibility. It is an issue that Tracey has taken to heart, and which she has tackled through leading by example. You might ask, how – after all, we’ve all heard of green products, such as Ecover, but green marketing? To begin with, Tracey embraced the introduction of cartridge-free printers to embed sustainability into marketing, which in turn, led to setting up a network for other businesses, called Green Card Marketing.

So why haven’t we all heard more about this? Perhaps the reason lies in the ethos Kyocera’s founder – Dr Inamori. Dr Inamori found Kyocera in 1959 with a view to having Buddhist values at its core, which have been there ever since. In short, this means doing really good things, but not telling everyone about it.

Tracey’s philosophy doesn’t stop there, either: child labour, worker’s rights, creative recyclability are all issues close to her heart. It is through her commitment to sustainable businesses, and doing amazing things with the resources available to her, that saw Tracey win a High Achiever Award, for the prestigious Venus Award 2017, which recognises outstanding women in business.

But it isn’t all about the environment, winning awards and giving seminars for Tracey. She is involved in various charities, such as The Pride of Reading Awards, and Living Below The Line, which saw her living off less than a £1 a day to fundraise for Oxfam. A  keen dancer and theatre-goer, she also volunteers as Chair of Starmaker Youth Theatre Company – think of the, as yet undiscovered, Kate Winslet, Danyl Johnson and Stephen McGlynn’s of the future.

Tracey, what do you consider your greatest achievement?

I think my greatest achievement is probably still in the future … I hope one day to look back and feel that I helped raise two contented humans who feel they are achieving their potential, each according to their own definition.

Who are your favourite writers?

I mostly read non-fiction, I’m a great fan of travel books and biographies of explorers and I also enjoy reading about science and nature. I’m much more influenced by how engaging the writer is rather than the quality of their prose. I’d rather read Gerald Durrell than Lawrence Durrell – in fact, the Corfu trilogy would be my Desert Island Discs book.

What is the best thing that has happened to you?

Becoming a Mum, definitely. I count both giving birth to my biological son and acquiring a stepdaughter as equal blessings, and both bring me infinite joy alongside the occasional challenge.

What is your greatest strength?

Fearlessness, which is not the same as courage. I tend to approach each challenge with an attitude of “I’m sure I can do that, how hard can it be?” which means I’m pretty unflappable in a crisis and will attempt almost anything, usually with enough conviction to guarantee at least partial success.

What was the best advice given to you?

My ex-business partner once told me “there’s no such thing as a wrong decision, only decisions that need more work to make them right”. That is not universally true, but I believe it’s generally better to make a decision and stick with it.

What is the one word you’d use to define you?

Curious – both in the sense that I’m endlessly curious, and that some people probably think I’m a bit strange!

What is the best gift you could receive?

I think time is the ultimate gift … time to relax, to see the people I love grow to maturity and to squeeze the maximum number of experiences out of my lifetime.

What makes you laugh?

I’m a big fan of satire and topical comedy; I also love a good pun.

Which living person do you most admire?

Sir David Attenborough is my hero.

What is your most treasured possession?

I’m not especially fond of possessions; the one thing I would truly hate to lose is the portable hard drive where I’ve saved all my photos.

What is your motto?

Plan for the worst, hope for the best.

As somebody who lived life to the full, tried not to cause anybody harm and left the world a slightly better place than I found it. 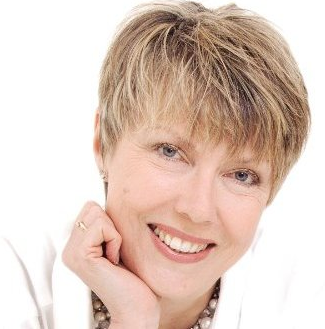